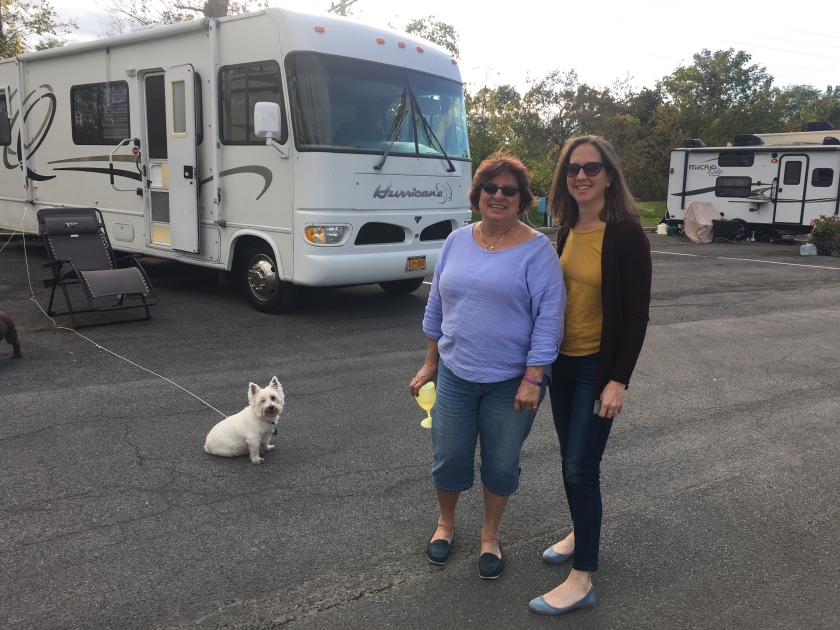 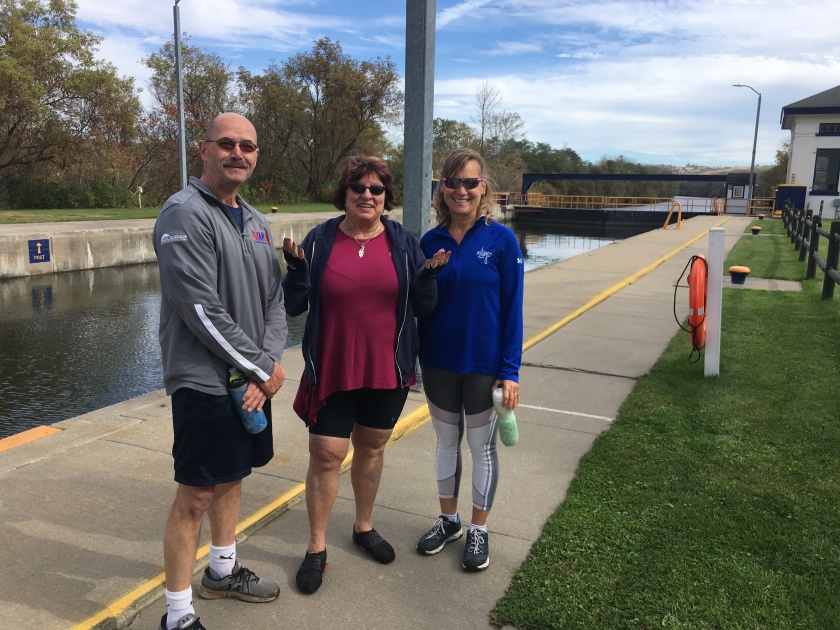 Shaking off cobwebs of inactivity, we loaded up the RV for a long weekend camping and riding along the Erie Canal. The Town of Ilion (NY) supports a marina & small RV camping area. We backed in, walked the dogs, and were sipping some beverages when a young woman walked up and asked to use our phone to call AAA. She had a flat tire & her phone was dead.

As we waited (actually, her husband arrived & did the work, AAA never appeared) we socialized and learned she was a local science teacher and some of her story. She and Sharon are shown in the first photo.

The following day, we cycled along the canal, toward Little Falls. At lock 18 we waited for a large vessel to transition through the device and began a conversation with another couple, also cycling the canal.

We shared our “good Samaritan” story from the previous day and wouldn’t you know, this couple were friends with our lady in distress from day previous!

Moral of the story; don’t have a flat and commune with talkative cyclists along the E-rie E-rie Canal.

This is a text widget. The Text Widget allows you to add text or HTML to your sidebar. You can use a text widget to display text, links, images, HTML, or a combination of these. Edit them in the Widget section of the Customizer.
%d bloggers like this: